Students’ Union of the Faculty of Mathematics and Natural Sciences.

It is a student organisation dedicated to represent the needs of students at the KTU Faculty of Mathematics and Natural Sciences and to deal with studies related issues. FSU is the first intermediary between the student and the Faculty Administration. We strive to make important changes and the most important key to do this are active students, Elders and FUMSA members. We organise seminars for the Elders and active members of the Union, as well as study nights for our students, therefore together we are improving and encourage others to improve.
We contribute to student well-being by organising events designated to meet students’ interests: Students and Lecturers Evenings, Quiz Night (lit. Galvamūšis), New Year’s Kayaking, Freedom BBQ discussion on the 11th of March and the biggest festival of the Faculty – Funtikų Days.

If you have any issues, problems or just have a question about your studies – visit FUMSA.

FUMSA was founded in 1996 by two friends Mindaugas Gutauskas and Gytis Abakevičius. The initial idea of the founding and the purpose of FUMSA was to organise a student car slalom. The students understood that working with more like-minded people would help to organise a cooler and greater event. So without further ado and with great inspiration, they brought together more like-minded people and founded FUMSA.

Since 1996, by the idea of Professor A. Aksomaitis, the conference “Applied Mathematics” was initiated at the Faculty, with the active contribution of FUMSA members. Over the years, the name of the conference changed to “Mathematics and Natural Sciences: Theory and Applications” and FUMSA members became the main organisers. Students interested in mathematics, physics and materials technology science are encouraged to actively publicize their scientific work every year on this event.

FUMSA has deep traditions: every year since about 2006, they organise an exclusive freshmen camp on the banks of the Bražuolė river. Also, the Faculty boasts unforgettable freshmen welcoming meeting traditions, that are annually theme-based. Each year during the spring, FUMSA organises the largest Faculty festival FUNTIKŲ DAYS. 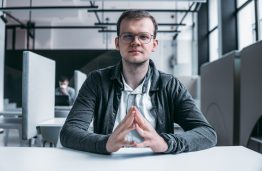 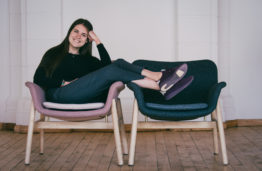 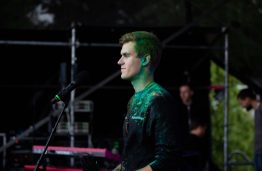 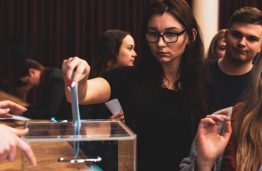 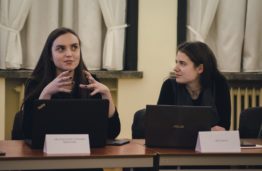 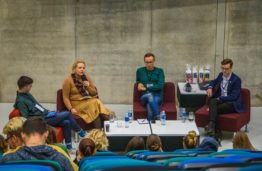 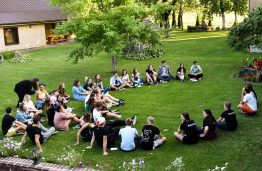 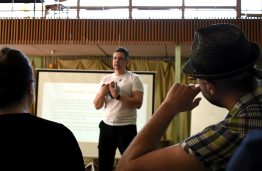 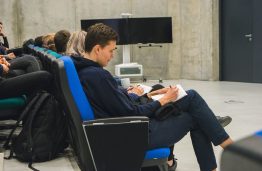